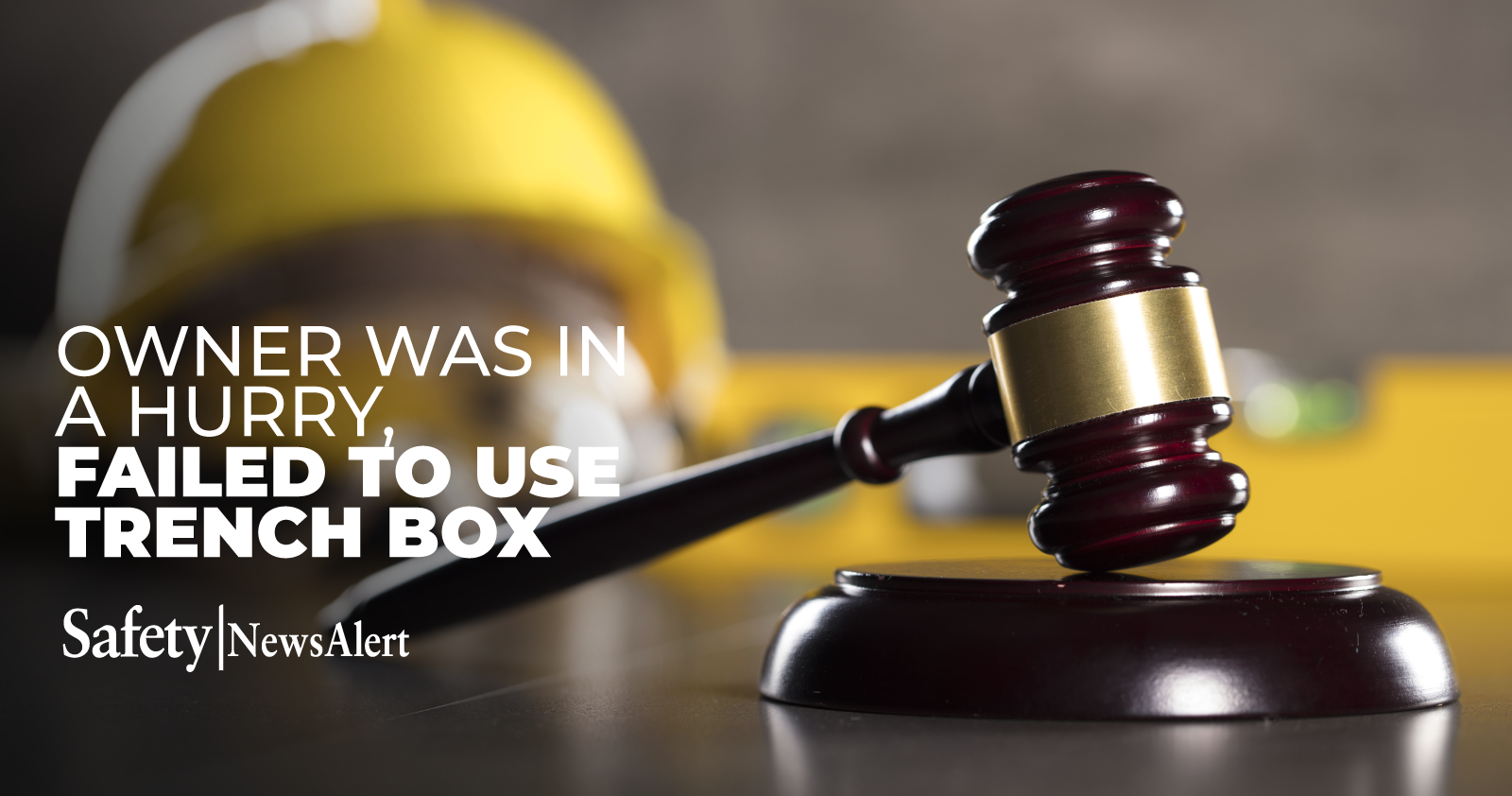 The owner of an excavation company can’t be sued by his employee over injuries sustained in a trench collapse. Why? Because, despite failing to use a trench box, the court found he didn’t intend to harm the employee.

Workers’ compensation and other laws are in place to protect employers from lawsuits and keep the courts from getting overwhelmed with personal injury claims.

The Missouri Court of Appeals found that such laws applied in this case. The owner’s failure to use a trench box – even though he knew he should have  – wasn’t justification enough to allow the suit to proceed.

While the law offered the owner protection, he could’ve avoided the situation entirely if he’d just used the trench box.

Charles Bestgen was an employee with Gene Haile Excavating Inc., a Missouri-based contractor owned and operated by Gene Haile.

The company is a small family business with Haile and his wife as its sole shareholders.

Haile is the president and director of the company, and he often performed physical labor on worksites along with his five or six employees.

In November 2013, Haile’s company was hired by the City of Fulton to install sewer mains.

The contract required Haile to comply with OSHA regulations regarding trenches, including the use of trench boxes. Haile was aware of these regulations and the risk of trench collapses based on his training and experience.

Warned to slow down

As Haile, Bestgen and the other employees began to dig trenches for the sewer mains, they managed to damage nearby, existing sewer lines.

Gerald Noland, an inspector for the city, warned Haile that his employees were moving too fast and needed to slow down around the utilities.

He also told Haile his trenches were getting deep and suggested shoring and use of trench boxes, but Haile responded that doing those things would only slow the project down.

Haile had been in the trench earlier in the day to test the soil. He chose not to install a trench box despite knowing one was required based on his analysis of the soil.

At one point, Bestgen was instructed by Haile to enter the trench and place a bucket over the end of a pipe to protect it from a track hoe that was digging nearby.

Someone yelled, “Cave-in!” but Bestgen wasn’t able to get out of the trench in time and he was injured when it collapsed.

Haile later admitted he increased Bestgen’s risk of injury by ordering him into an unprotected trench. He also claimed that he didn’t intend to injure Bestgen.

Bestgen sued Haile personally for negligence, claiming Haile purposefully and dangerously increased the risk of injury by failing to use trench boxes or other protective systems on the worksite.

Haile requested summary judgment in his favor, arguing he was released from personal liability because he was considered a co-employee, which is a protected status under the state’s workers’ compensation laws.

A trial court found that Haile didn’t act with a purpose to increase Bestgen’s risk of harm or cause his injuries, so it granted Haile’s motion for summary judgment in his favor.

On appeal, Bestgen failed to prove Haile, as co-employee, acted with intent to injure him, so the appeals court upheld the lower court decision.

Production was chosen over safety

This is a classic safety v. production situation.

Either slow down, use the trench box and get the job done safely, or hurry up, throw safety to the winds and move on to the next job as quickly as possible, if nothing goes wrong.

The employer in this case chose the latter, which resulted in an injured worker, OSHA violations and a lawsuit.

The job would’ve been finished sooner, with no stopping to tend to an injured employee and OSHA inspection, if Haile would’ve erred on the side of safety and just used the trench box.