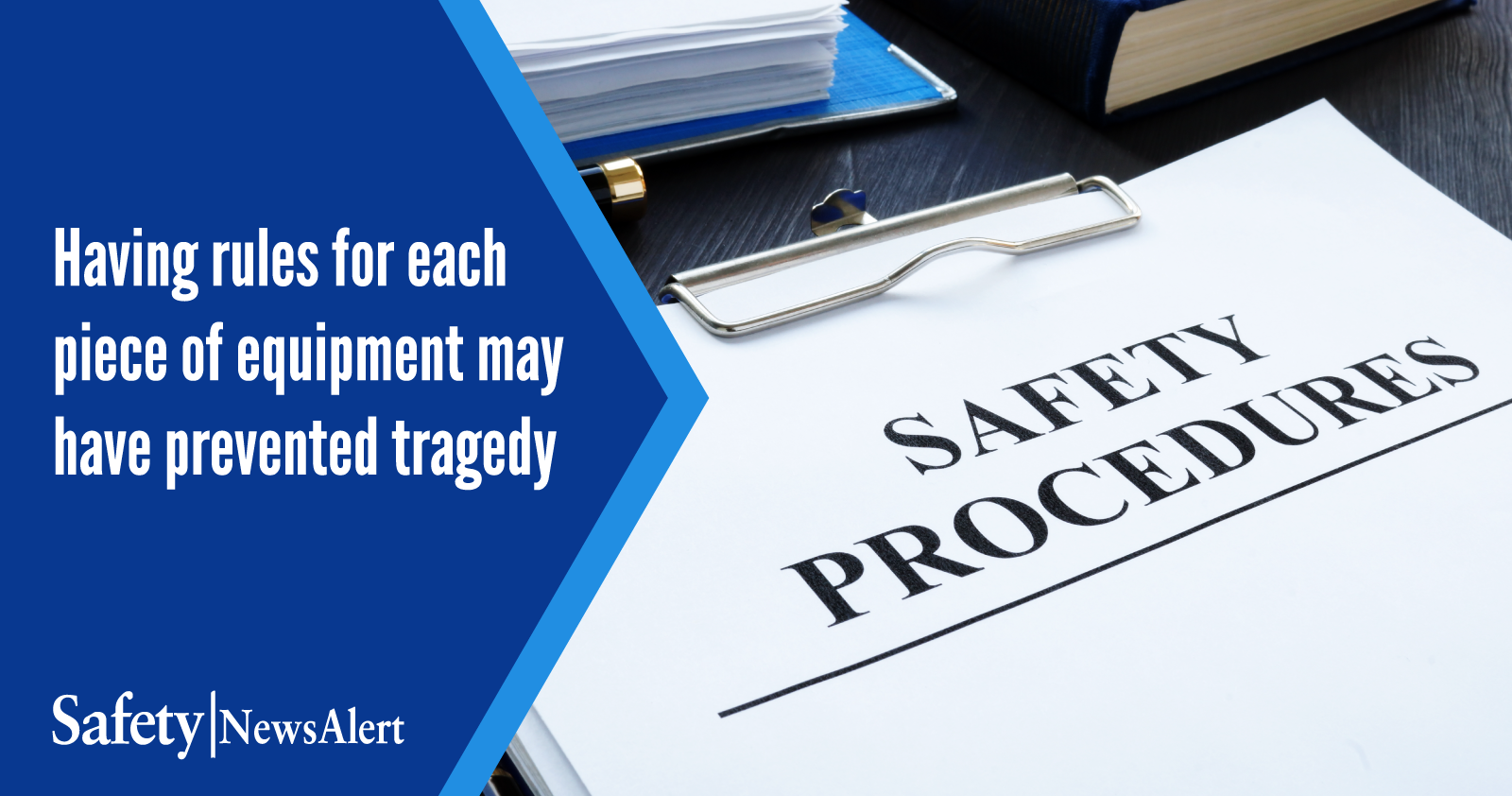 Safety professionals know why lockout/tagout (LOTO) procedures need to be specific to individual pieces of equipment: because there can be big differences from one machine to the next.

Beside being an OSHA requirement, it’s important to have specific LOTO procedures in place for individual machines since general rules that apply to all the equipment could lead to confusion, and injuries, for workers.

A fatal incident at a compost plant in Washington State serves as a reminder why specific LOTO rules are a requirement.

On the morning of September 10, 2020, a lead operator and his assistant at an outdoor compost manufacturing facility, or screen plant, were operating the plant’s biomass screening system. This system, which is made up of several pieces of equipment, processes organic yard and food waste into compost, topsoil and mulch.

The final stage of this system used a radial stacker conveyor that carried and discharged finished compost into stockpiles.

At 8:15 a.m., the assistant informed the lead that plastic debris was escaping from a waste container near the stacker, and the lead told his assistant not to worry about it. Instead, he instructed him to get a backpack leaf blower to clean up the debris since company safety rules prohibited getting too close to the machine while it was energized.

As the assistant was getting the leaf blower, he heard the stacker shut down. He called out for the lead but received no response.

When the assistant walked up to the machine he saw the lead under it with his head, left arm and shoulder caught between its unguarded steel return idler roller and rubberized conveyor belt. The lead’s sweatshirt hood had become entangled in the roller along with a metal scraper spade with a long wooden handle, which was caught between the roller and belt and pressed against the lead’s throat.

The assistant found he couldn’t pull the lead out, so he ran to an operations trailer 75 feet away while shouting for help. The crew supervisor and facility manager responded and released the lead by cutting his sweatshirt and the conveyor belt along with breaking the scraper’s handle. They performed CPR until emergency responders arrived. The lead died at the hospital after nine days on life support.

At the time of the incident, the employer had a formal, written accident prevention program, including LOTO procedure requirements. This LOTO program didn’t have specific training for the radial stacker conveyor and only restricted workers from walking under energized conveyors, according to a Washington State Fatality Assessment & Control Evaluation (FACE) Program report.

The radial stacker conveyor had an emergency stop located in a central control panel shed and a plastic guard that partially covered the return idler roller to prevent workers from being pulled between the roller and belt. Only mechanics were allowed to remove this guard, but it was missing on the day of the incident. Employees interviewed during the investigation couldn’t recall how long it was missing or why it had been removed.

Screen plant operators, including the lead, performed and documented daily inspections on the stacker before using it. Only visual inspections were allowed when the machine was energized. Only trained and authorized workers could perform LOTO procedures on the stacker, with the lead being one of the few with authority to do so.

The LOTO procedure wasn’t specifically designed for the stacker. Instead it offered general steps for shutting down a machine, deactivating and locking out an energy isolating device, dissipating or restraining stored or residual energy and disconnecting a machine from an energy source. A LOTO station was kept in the operations trailer.

Despite having refresher training in 2019 and 2020, the lead didn’t perform the LOTO procedure on the stacker prior to the incident. Investigators believed he had walked under the energized stacker to clear debris off the belt, which was only to be done after the machine was de-energized. On the day of the incident, the machine shut down because an amperage spike tripped its conveyor motor’s protection switch when the lead became caught in the machine.

Investigators found several key contributing factors for this incident, including:

The program deficiencies that led to these contributing factors come back to the lack of LOTO procedures for each specific piece of equipment in a system, according to the FACE report.

Why is that? Because, as the report states, “While a system’s different types of equipment may appear to share certain hazardous energy features, each separate piece may be made by different manufacturers and have unique hazards and LOTO requirements that should be recognized.”

Instructing workers to use the same LOTO procedures across different types of equipment: