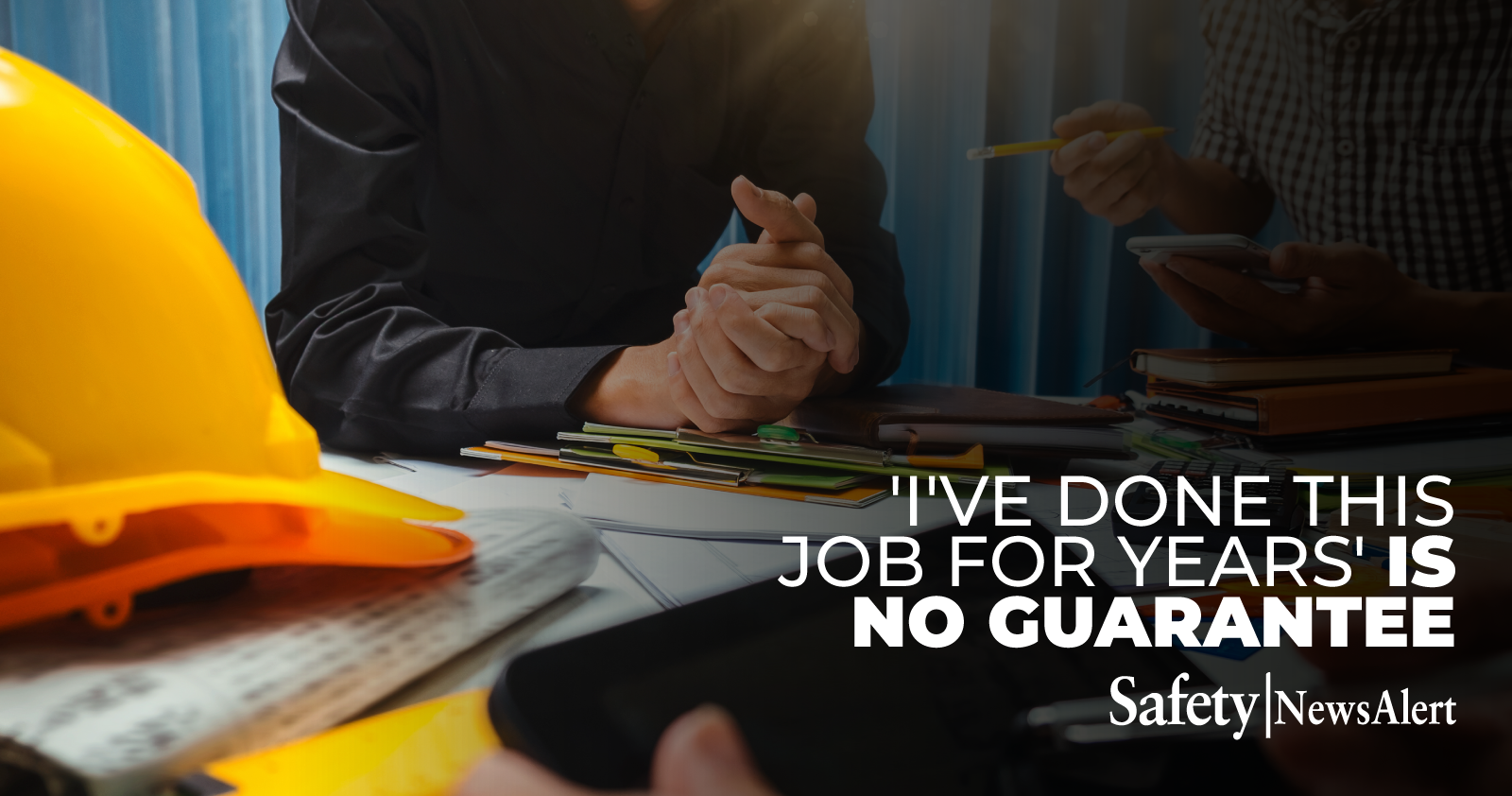 You hear it all the time: “Why do we have to do this safety training? I’ve done this job for years. I know how to be safe.” Sometimes workers, and even management, see regular safety training as a waste of time, but safety pros know better.

Those who complain don’t understand that:

When it comes to specific training, like re-certifying forklift operators, there really isn’t a choice since it’s required by OSHA. Even if it wasn’t required, making sure workers who operate dangerous equipment get refresher training every so often just makes sense. After all one mistake could cause a serious injury or death.

And while there’s certainly credence to the argument that people can become numb to a topic if they’re constantly inundated with it, safety training doesn’t have to cover the exact same topic every time.

Really, though, what is the benefit of having regular safety training, including toolbox talks and safety meetings?

Wyatt, a truck driver who frequently transported heavy equipment to construction sites, picked up a 3-ton skid steer to take to a worksite.

After a few other employees loaded the skid steer, Wyatt felt it wasn’t square on the trailer and pointed it out to the loading crew.

The loading crew said they were too busy to make adjustments, so Wyatt spoke with his supervisor, who said, “If you drive the speed limit and stay in the right lane, that shouldn’t be a problem.”

Wyatt wasn’t convinced, but he did as he was told and drove off with the improperly loaded skid steer. As he drove down the highway, Wyatt noticed the skid steer bouncing around on the trailer, which eventually caused it to fall off and onto a car.

The driver was injured and could have been killed. A lawsuit resulting from the incident cost the company $1 million.

What does that have to do with training? Wyatt’s hunch about the skid steer being loaded incorrectly was likely based on both his training and years of experience.

When employees combine their years of experience doing a particular job with regular safety training they’ll be much more likely to spot a hazard when it presents itself. And hopefully they’ll be like Wyatt and point it out. Although, Wyatt would have been better off if he’d insisted on not moving the trailer unless the skid steer was loaded correctly.

Getting everyone on the same page

Regular safety training also ensures employees and management are on the same page when it comes to safety rules.

Misunderstandings about safety rules can lead to disaster, as a 2019 fatal railyard incident illustrates. The National Transportation Safety Board (NTSB) investigated and found that the railroad company’s lack of clear procedures was the root cause.

The incident occurred when a conductor rode on the side of a railcar in an area of close clearance, which resulted in his death when the distance between the railcar he was riding on and an adjacent parked railcar narrowed down to 9 inches.

While the company had rules for working in close-clearance areas, investigators found those rules were confusing and led the conductor to think he was in a safe area when he really wasn’t.

Regular safety training can help clear up this kind of confusion and can help safety pros and management notice when rules are unclear so they can make changes before an incident happens.

Some ways to make sure everyone is clear on the rules is to:

And don’t be afraid to inject a little humor. Sometimes that can help training to stick in an employee’s mind.

Take these safety slogans from the U.S. Navy, for example:

According to Vector Solutions, a provider of Learning Management Systems, ensuring that every employee at your organization is properly trained and up to date on safety standards and procedures can help reduce safety incidents and injuries. Training makes employees aware of potential safety hazards. Finding ways to reinforce training throughout the year can also help keep these important safety procedures top-of-mind. Additionally, maintaining proper training documentation can serve as proof that you’ve taken the necessary steps to avoid a violation, should an inspection come to that.

One part of an overall program

One thing to take note of when it comes to training is that it is not the end-all, be-all of safety, which is something safety pros already know. Training has to be part of an overall safety program, not the sole solution for all safety needs.

A recent case that came before the Occupational Safety and Health Review Commission (OSHRC) illustrates this fact.

The case involved a warehouse that used standup forklifts to drop pallets down from storage racks. The horizontal beams on the lowest tier of the racks was high enough that the forklift operator’s compartment could slide under it, causing an under-ride hazard.

This under-ride hazard caused a previous crushing injury for one forklift operator, so the company made sure to train its operators on the hazard. However, it didn’t take any other precautions, and another operator got killed when his forklift went under a rack and crushed him between the beam and the forklift.

OSHA issued a citation, and in front of an administrative law judge with the OSHRC the company argued the citation should be vacated since training was conducted to make forklift operators aware of the under-ride hazard.

But the judge found the company didn’t take all the necessary steps needed to address the hazard and upheld the citation and a $13,260 fine.

In this case, training wasn’t enough. Engineering controls of some kind – upright posts added to the forklift or lowering the horizontal beams – were needed along with the training to truly address the hazard.