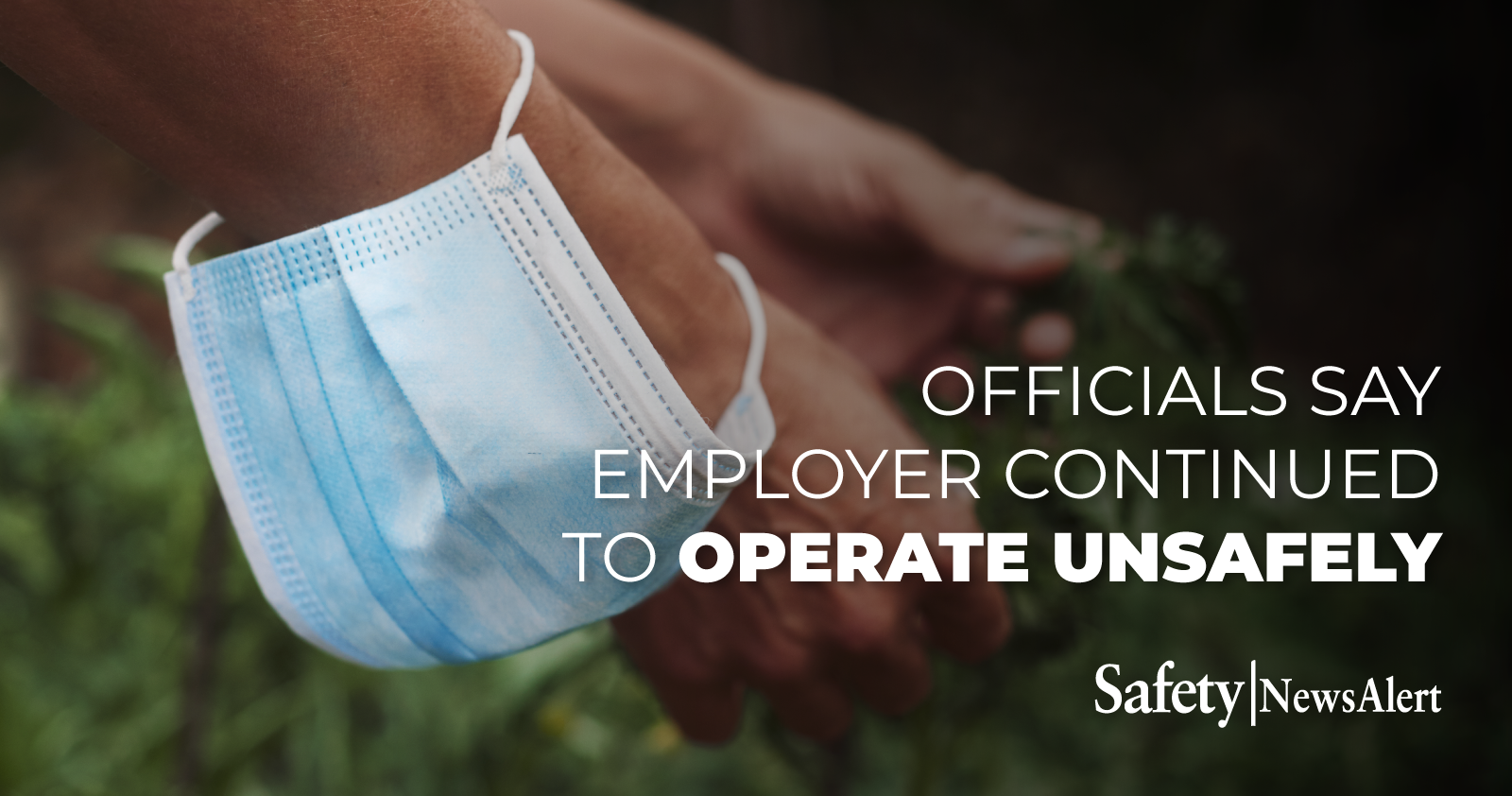 A farm in Washington was fined more than $2 million – one of the largest worker safety and health fines in state history – for violating state COVID-19 rules, which led to the deaths of two workers.

Despite the deaths of two workers and repeated surprise inspections by Washington Department of Labor & Industries investigators, the farm allegedly continued to operate under unsafe conditions.

Nothing done for sick workers

One caller reported that workers who shared the same cabin with the deceased weren’t tested for COVID-19 and were instead split up into different cabins with other migrant workers.

Another worker said he was afraid he and the hundreds of other workers at his camp had COVID-19, and he worried that he too would die from the virus.

He also said the farm’s owners weren’t doing anything to help sick workers and just left them in their cabins to die, according to an L&I news release.

Investigators later confirmed a 37-year-old temporary worker from Mexico died July 8 without the death being reported to DOSH as required.

On July 31, a 63-year-old man from Jamaica collapsed and died from COVID-19 as well, investigators learned.

L&I ordered the farm to immediately comply with state COVID-19 rules July 22, but the farm’s owners allegedly continued to use unsafe housing and transportation practices which exposed migrant workers to the coronavirus.

Investigators returned daily for unannounced inspections to ensure compliance, but the violations continued.

“Gebbers continually failed to comply, even after the first worker died and our repeated presence at the farm, clearly demonstrating a lack of regard for worker safety and health,” Anne Soiza, L&I assistant director for DOSH, said in the news release.

A prior inspection at the farm, conducted May 28, resulted from a worker complaint. It led to a $13,200 fine for similar COVID-related violations.

24 egregious willful violations for failure to:

Four serious violations, including failure to: